How to Write News Release or Pitch to the Media!

How to Write News Release or Pitch to the Media!

People always ask how to write an effective News Release or make a interesting pitch to get on the news.
First, it’s important to understand the difference between a News Release and a Pitch.

A pitch is a little different. A pitch is usually a story idea that is sent to the media. The story that is pitched is what the media calls “ever green”. It can happen at any time. People, businesses and brands usually use pitches to position themselves as an expert in the media. They have a specific expertise that allows them to speak on a particular topic that is in the news.

The effectiveness of a News Release and a pitch is dependent on the quality of the story. It’s also important to make sure that you have all the necessary information in both a release and a pitch.

Here is the order of questions both documents should answer:

Also important — making sure that there are multiple contact names and numbers and availably. 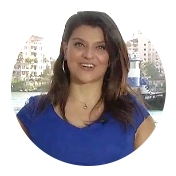 Silva Harapetian is an award-winning journalist, television personality, author and successful entrepreneur. She has spent 15-years as a writer, producer and an on-air journalist in television, radio, print and multi-media platforms.