How Important is the Immigrant Vote in Elections 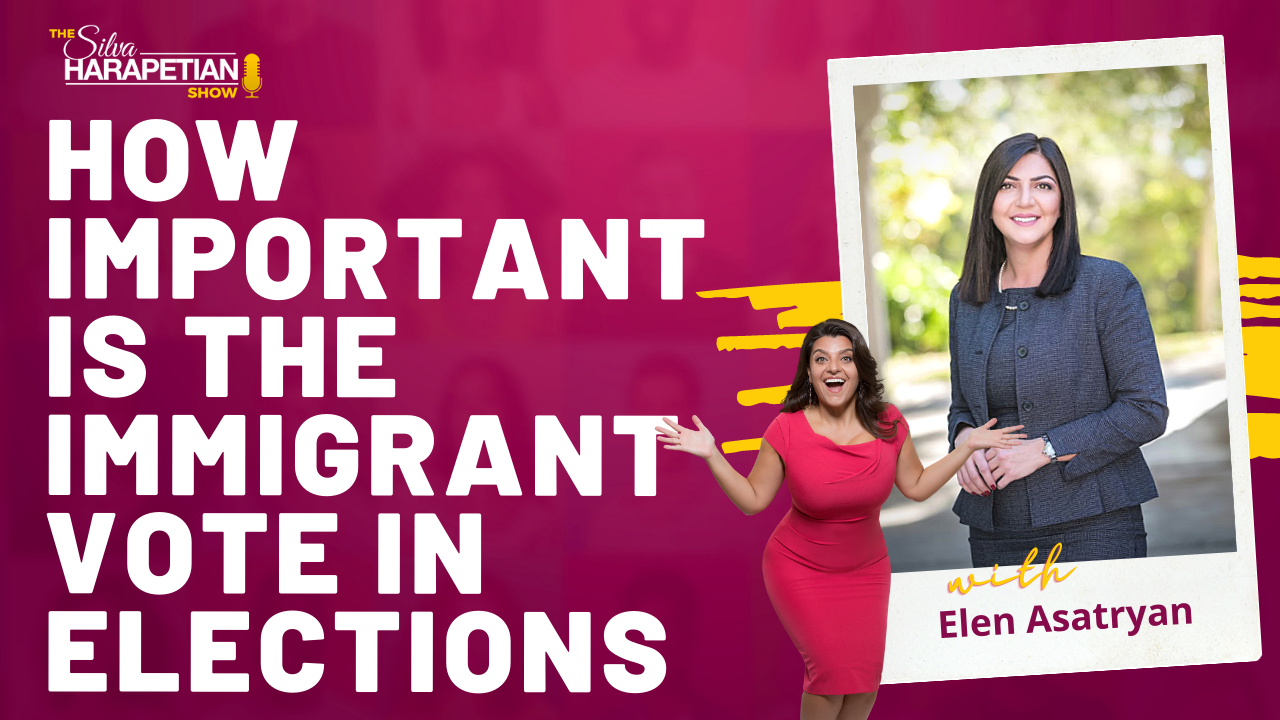 How important is the immigrant vote and voice in elections?

Elen Asatryan recognized the power of her voice when she was in middle school.

An activist and a vocal representative of the Armenian Community, Elen grew up in a very different Glendale, the city that was once a Sundown City.

In the late ’90s, the Armenian community was an immigrant community with no real representation in the city government or the school system.

She watched fellow classmates being pushed against walls — targeted for being Armenian.

Every Tuesday, a woman would appear at the Glendale City Council meeting and tell all the Armenians to go back to where they came from.

She would watch the council meeting on television when she was 16 years old. On one of those occasions, she heard her 6-year-old brother respond to the woman with hate. She realized that her young brother had developed negative views by making assumptions about a whole group of people based on one person.

“It was really heartbreaking for me to see and more importantly was the silence that came from the council members when she was spewing hate,” she said.

She found the courage to speak up.

She came to recognize how important is the immigrant vote in elections.

The then, 16 year old attended the next city council meeting and asked the council members to take action and turn off the microphone preventing the woman from dispersing such hate in the community.

The council members turned off the mic when the women stood up to speak.

Elen’s career in activism and volunteerism was born.

When asked where she finds the passion and courage to speak up about human, civil, and woman’s rights — in a community and culture where such things are not supported, encouraged, understood, and in some cases even considered taboo, she says it’s because she knows first hand how one person can really make the tiniest dent that could have ripple effects down the line.

Asatryan has been working tirelessly to register voters and make sure that immigrants participate in the democratic process.

Naturalized citizens make up a record one-in-ten US eligible voters in 2020, according to the Pew Research Center. However, while immigrant voters have grown in numbers since 2000 — up 93% — their voter turnout rates in presidential general elections have lagged those of U.S.-born voters.

Elen Asatryan, a community activist,  advocate for human and civil rights, and a member of the Los Angeles County Voter Outreach Committee speaks about the power of participation.

We discuss the importance of making sure all voters have equal access to the democratic process, the importance of being educated before casting a ballot, the myths about voting, and the challenges in addressing immigrants’ perceptions about governments and the power of their voice.